Brenntag has posted solid results in the first quarter of 2019. Its key performance indicators operating gross profit and operating EBITDA showed an increase at group level, with the growth in operating EBITDA being mainly attributable to the initial application of the new financial reporting standard IFRS 16 on leases. 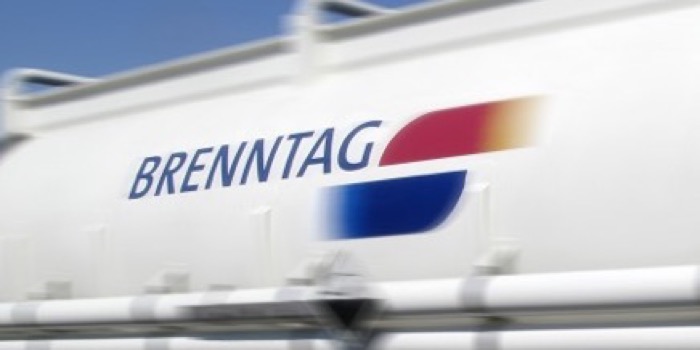 Free cash flow reached €166.3 million, a significant increase on the prior-year figure of €27.7 million. The strong growth is due primarily to the lower increase in working capital compared with the first quarter of 2018.

Steven Holland, Chief Executive Officer of Brenntag AG, said: “A slowdown in global economic momentum was already evident at the end of 2018 and, as expected, this trend impacted on our results in the first quarter of 2019. In our EMEA region in particular, we recorded decrease in demand, which are reflected in earnings. However, even amid these conditions, Brenntag achieved stable results overall due to our global diversification.”

Weak demand impacts on results in EMEA
The EMEA region saw a continuation of the trend from the second half of 2018 and a further downturn in the market environment in the first quarter of 2019. Demand was correspondingly lower, while at the same time higher costs were recorded in key areas such as transport. Against this background, Brenntag EMEA generated operating gross profit on a par with the previous year at €287.7 million. Operating EBITDA was up by 1.6 percent on the prior-year figure to €101.8 million.

Latin America delivers a good quarter in a still-volatile environment
In Latin America, we continued the positive performance from the second half of 2018. In this region, Brenntag generated operating gross profit of €42.6 million in the first quarter of 2019, an increase of 8.7 percent. Operating EBITDA grew by 40.2 percent to €11.5 million. The region therefore showed good results with mainly organic growth in a challenging economic environment.

Asia Pacific continues to grow
The Brenntag companies in the Asia Pacific region achieved further growth, with both the existing business and the acquisitions making a positive contribution. Operating gross profit reached €60.4 million, a rise of 18 percent. Operating EBITDA was up by 18.1 percent on the prior-year figure to €21.5 million.

In light of the results and the performance from the regions in the first quarter, the Brenntag Group is confirming its outlook for financial year 2019 and expecting to see growth in its key performance indicators operating gross profit and operating EBITDA, particularly in the second half of 2019. This takes into account the very difficult environment at present, especially in Europe, but does not assume a further slowdown.