HOYER, the international logistics specialist, closed the 2018 fiscal year with a solid balance sheet and an exceptional credit rating. With a turnover of €1.167 billion, the equity ratio rose to 44 percent, compared with 41 percent in 2017.

The result before taxes on income was €40.218 million. A stable financial situation enables the family business to continue its digitalisation strategy at a high level of investment. The current fiscal year’s budget is €173 million, and thus the highest in the company’s history. 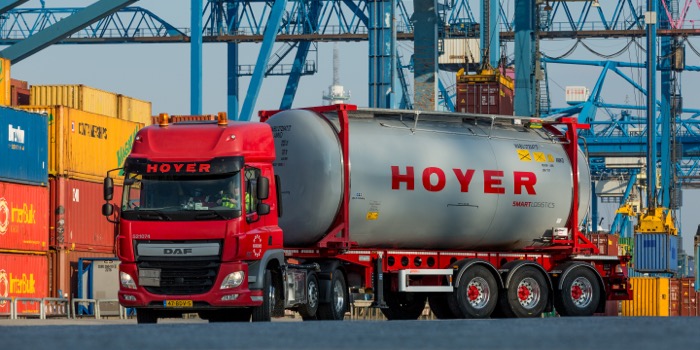 While investments undertaken in 2018 to replace and expand transport equipment and to modernise the tank container fleet amounted to €83.9 million, the Hamburg-based logistics specialist has doubled the investment volume for 2019. The planned investment package is distributed across the areas of business development, fixed assets, acquisition and replacement investments together with further development of the Smart Logistics digitalisation strategy.

As explained by Thomas Hoyer, Chairman of the Advisory Board of the HOYER Group, who was awarded the 2018 Hamburg Founder’s Prize for his lifetime’s work: “We will also use the 2019 investment budget to determinedly achieve further expansion of Smart Logistics and Supply Chain Services – and thus of our competitive advantage.”

Digitalising the tank container fleet took another step forward in 2018, and more than one third of the containers have already been fitted with telematics to convert them into Smart Tanks. Further measures were also initiated in the Added Value Services area. The Digital Supply Chain is part of an overarching digitalisation strategy being followed up consistently by HOYER, one of the sector’s pioneers.

According to Ortwin Nast, Chief Executive Officer of the HOYER Group: “We recognised the growing demand for specialised logistics services extending beyond transport. So that’s exactly where we are targeting our logistics solutions by giving large parts of the supply chain structure a transparent image – worldwide and at all times.”

At an international level, the HOYER Group positioned itself in the Asian region in particular. The Supply Chain Solutions (SCS) business line undertook additional on-site logistics activities by offering added value services at the industrial location of Shanghai. Moreover, HOYER further expanded its transport activities in China, and also built a corresponding foundation on the fifth continent by creating the HOYER Logistics Australia joint venture. The central business units in this development are Deep Sea and Chemilog. Both business areas recorded slight turnover growth in 2018, and together they ensured 58 percent of the turnover of the HOYER Group.

The Petrolog business unit contributed 24 percent of total turnover in the past fiscal year. Despite a 7.2 percent drop in turnover, a strategically important field was opened up further in 2018 by supplying fuel to airports and aircraft in Europe. The Gaslog business unit, which earned 10 percent of total turnover, recorded 4.5 percent turnover growth. The transport logistics business with industrial, chemical and special gases developed satisfactorily, especially in Germany and the Netherlands. An 8 percent proportion of total turnover was contributed by the Netlog business unit, which is responsible for worldwide container management and technical services such as cleaning and maintenance, as well as depot services. The most significant turnover growth was shown by the IBC business, where an acquisition in 2017 had a considerable effect, and the market showed a sustained positive trend.

The HOYER Group will use the solid financial foundation generated in 2018 to further expand its international presence and to invest in logistics solutions for the future. Through their dedicated efforts, around 6,200 employees and more than 115 representative offices worldwide contribute to the company’s success. 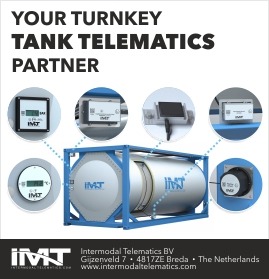