At the beginning of November, the gates for the new sea lock at IJmuiden were loaded on a ship for transport from South Korea to the Netherlands. They are expected to arrive in about two months.

A total of three lock gates are on board the ship. Two of the gates are going to be put in operation; the third one will be used as a spare gate. At this moment, OpenIJ is busy with the sinking operation of one of the lock gate chambers (the one on the seaward side). Each of the lock gates is 72 metres long, 24 metres high and 11 metres wide. They weigh about 2,900 tonnes each. The gates are transported on their sides on a heavy lift ship. 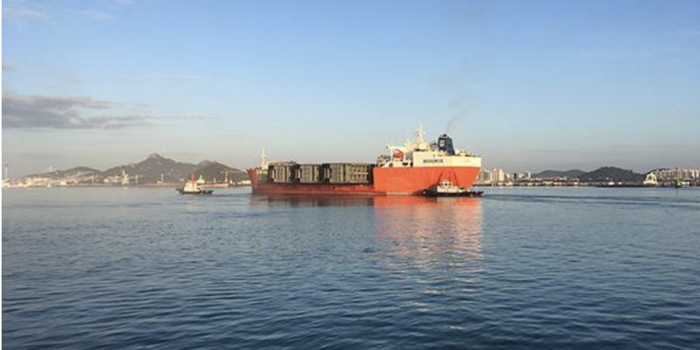 The lock gates were constructed in close consultation between the Dutch clients and the South Korean builders. OpenIJ had provided a continuous on-site presence of its team in South Korea. Together with independent inspectors, OpenIJ has been monitoring the quality and planning.

Upon arrival in Rotterdam, the ship carrying the lock gates will be partially submerged. This makes the lock gates float so that they can be unloaded (floated-off) one by one, after which large cranes will lift the lock gates from a horizontal into a vertical position in the water. After the lock gates have been made ready for sea they will be towed from Rotterdam to IJmuiden.