According to a simulation by the Swiss combined transport Hupac, the productivity gains of the Alptransit project with the Gotthard and Ceneri base tunnels are lower than expected. In order not to jeopardize the modal shift process, the operating subsidies should therefore be continued at a lower level until the Rhine-Alpine corridor has been fully expanded.

The Hupac Group increased its traffic volume by 21.4 percent in 2018 and achieved a satisfactory result. With the acquisition of ERS Railways, Hupac successfully entered the maritime hinterland transport market. 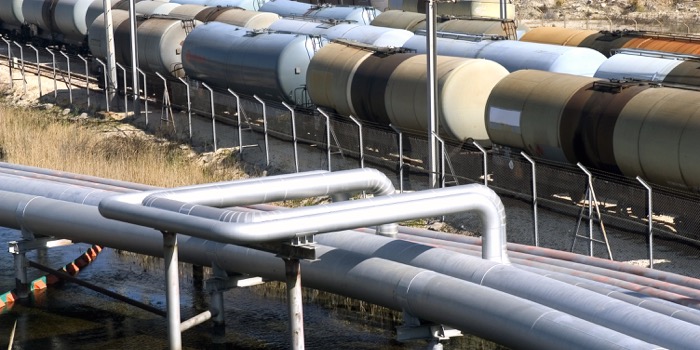 In financial year 2018, the Hupac Group increased its sales by 19.4 percent to CHF579.7 million (€502.1 million) compared with the previous year. The main factors for the extraordinary growth were the positive development in the core business of combined transport through Switzerland, the acquisition of the maritime operator ERS Railways and the discontinuation of the negative effect from the Rastatt disruption in the prior year.

Despite the challenging market environment regarding the quality of the railway infrastructure and the performance of single large railways, Hupac was able to generate a result of CHF 7.9 million (€6.8 million). This represents a decline of 29.1 percent compared with the previous year, but it is in line with expectations, as the result is characterized by one-time special effects – above all goodwill amortisation on acquisitions.

For the first time, the Maritime Logistics business unit was able to make a significant contribution to the business result of the Hupac Group. In June, Hupac took over the combined transport operator ERS Railways BV based in Rotterdam and Hamburg, including a 47 percent stake in the Hamburg-based railway undertaking boxXpress. With this takeover, the Hupac Group strengthens its position in maritime hinterland transport – a segment that has recorded significant growth in recent years and has a secure potential in the future, as globalisation continues to require strong networks between the ports and the hinterland.

ERS Railways is gradually being developed into the brand of the Hupac Group for maritime transport. While the company today focuses on connections within Germany, the range of services will be extended to the western ports with connections between Rotterdam and southern Germany from the middle of the current year onwards. Already in the 2018, ERS Railways contributed with 190,000 TEUs or 92,000 road consignments to the total volume of the Hupac Group and generated a pleasing result.

Transalpine traffic through Switzerland also developed positively. Compared to the previous year, Hupac Intermodal was able to shift 67,000 additional road consignments to eco-friendly railways, which corresponds to an increase of 14.4 percent. Almost half of this is attributable to the recovery of volume losses due to the seven-week disruption of the Rhine valley route in August/September 2017. Revised the Rastatt effect, traffic volumes in transalpine traffic through Switzerland increased by about 8 percent. Growth was again driven by the semitrailer segment. This traffic increased by a total of 45 percent. On the Lötschberg/Simplon axis, which enables the transport of semitrailers with a 4-metre profile, the volume could even be doubled. With the opening of the 4-metre corridor via the Gotthard base tunnel and the connection of the Busto Arsizio-Gallarate terminal at the end of 2020, Hupac will be able to make an additional contribution to modal shift.

For years, Hupac has been preparing itself for the abolition of the Swiss subsidies for combined traffic at the end of 2023. Lower production costs and more payload per train is the motto to compensate for the loss of subsidies without losing competitiveness against the road.

Hupac expects that by 2024 half of today’s operating subsidies – around CHF 110 million for the entire transalpine combined transport – can be compensated, primarily by using improved train parameters. The reduction in track access charges planned by the Swiss Federal Office of Transport as of 2021 will also reduce the burden on freight traffic; however, this will by no means be sufficient to compensate for the loss of operating subsidies for transalpine combined transport as of 2024.

“Track access charges in Switzerland are far from the European benchmark, which is currently falling even further as a result of the reductions in track access charges in Germany and the Netherlands,” explains Hans-Jörg Bertschi, President of the Board of Directors of Hupac Ltd, on the occasion of the Hupac Group’s media conference on annual results.

“In order to continue the positive dynamics of the modal shift, Switzerland’s operating subsidies should be provided at a lower level until around 2030 to bridge the existing deficits,” Bertschi suggests. Only after the complete upgrading of the Rhine-Alpine corridor and the restoration of smooth traffic on a disruption-free infrastructure, combined transport can take advantage of the full productivity benefits of Alptransit and operate self-sustainably.

Hupac consistently invests in the further growth of its business activities. Investments in fixed assets increased significantly to CHF 71.3 million in 2018. The wagon fleet was increased by 16 percent to 6,891 modules. The purchases focused on 48-foot flat wagons and on type T3000 pocket wagons to meet the rising demand with respect to megatrailers.

Transhipment terminals are a key factor for the development of intermodal transport. Hupac is responsible for the operation of a dozen terminals in Switzerland, Italy, Germany, Belgium, and the Netherlands either via own operating companies or active participations. In order to secure capacities for further growth, Hupac together with partners is pursuing the terminal projects Milano Smistamento, Piacenza and Brescia in Italy, Gateway Basel Nord in Switzerland and Brwinów/Warsaw in Poland with completion by 2023. Last year Hupac acquired a stake in the RTC Geleen terminal (NL), while in the current year the stake in the Novara CIM terminal was increased from 3.5 percent to 47.5 percent. In summer 2019, the Italian subsidiary Hupac SpA will start operating the Pordenone terminal in north-eastern Italy.

In the first four months of the year, the Hupac Group recorded extraordinary traffic growth of 28 percent. This positive development is mainly attributable to the volumes of ERS Railways, which joined the Hupac Group in June 2018. The traffic development of Hupac Intermodal remained slightly below expectations with a growth of 3 percent.

Overall, Hupac expects traffic demand to stabilise in 2019 as a result of the economic slowdown. “Despite the emerging economic stagnation, we assume that we will achieve traffic growth in a high single-digit percentage range and thus touch the one million mark “, says Beni Kunz.

Challenges are expected in 2019 related to construction sites for the expansion of the access routes to the Gotthard base tunnel. However, these will lessen by the time the 4-meter corridor opens up. Kunz: “With the start-up of the 4-meter corridor via Gotthard and Ceneri in 2021 we anticipate considerably more efficiency and reliability in favour of a further shift of goods transportation from road to rail.”