TankContainerFinder.com – just a year old and already beating all expectations

Here we publish an excerpt from our article on TankContainerFinder.com that appeared in the Winter Edition of Tank News International.

The team behind TankContainerFinder.com had, what it believed to be, realistic business goals when it set up the innovative offering just 12 months ago, but its expectations of having 30 users on both the demand and supply side of the platform within the first three months of business were smashed and the website now boasts more than 400 active users. 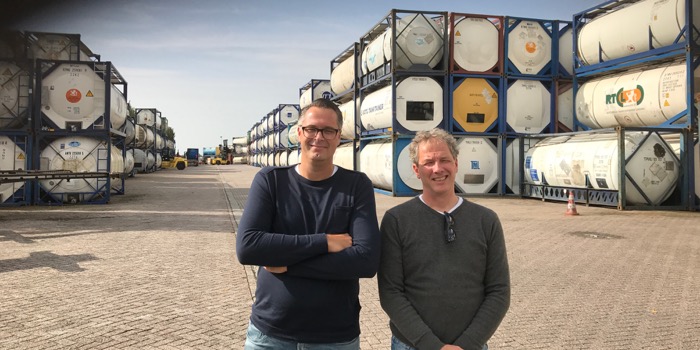 TankContainerFinder.com is the brainchild of Léon de Bruin and Arthur van der Hoeven. The business partners have been friends for many years and first mooted the idea of the online tank container marketplace as far back as five years ago.

Léon said: “We worked together and launched the first demo version of the site but it failed. Looking back, it was clear that the industry was not ready for it yet.”

The pair went back to their day jobs, but then in January last year Arthur contacted Léon and said he thought it was time to launch again as the market has progressed and was now ready to change the way it works.

Léon said: “We built a new platform with more focus on the tank container demand side, partnered up with our software developers and launched our beta version in October 2016.”