Two bills, one from state Rep. Mary Ann Perez, D-Pasadena, and another from Senator Nathan Johnson, D-Dallas, would task the state’s environmental agency with creating tougher rules on the structural integrity of these above-ground tanks at chemical plants, refineries, electric power plants or other large storage facilities. 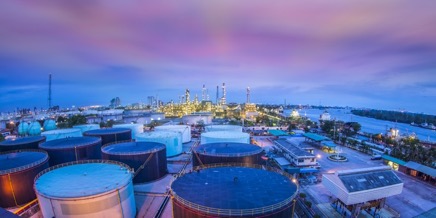 The recent fire in Corpus Christi started at an oil storage tank. Another fire at a leaking tank farm at a petrochemical plant in Deer Park shut down the ship channel in March 2019 and created a huge plume of smoke that could be seen miles away. And during Hurricane Harvey in 2017, flooding caused a massive fire at Arkema’s chemical storage facility when power was lost, forcing 200 people to evacuate.

The bills would instruct the Texas Commission on Environmental Quality to create more stringent standards for tanks in areas prone to flooding, storm surges and hurricanes. But the legislation largely leaves the specifics up to the TCEQ — a move that Democrats hope will ward off the most vigorous industry opposition, but is less palatable to environmentalists who have often criticised the TCEQ for being too industry friendly.

Few state rules currently apply to the tanks, and none require construction standards that ensure the tanks can withstand powerful hurricanes or major flooding.

The legislation is written with an eye toward those extreme weather events, a growing concern among scientists and officials across the state as increasingly powerful storms, energised by a warming ocean, batter the Texas Gulf Coast, where many of the tanks are located.

“The effects of climate change are real,” Johnson said. “Our systems are going to have to be upgraded to withstand those additional strains.”

After similar legislation failed to gain much momentum during the last legislative session, the bills’ sponsors hope that the groundwork has been laid in both the Legislature and the chemical, oil and gas industry to allow the bills a chance at survival when lawmakers return to session later this month. And environmental groups say recent high-profile chemical disasters should have got lawmakers’ attention.